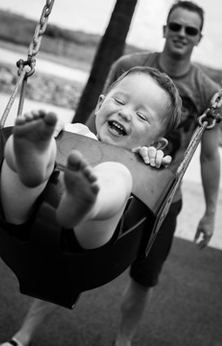 Spring Arbor Township, Michigan was awarded the best small town to raise children by Businessweek. And it continues to be a desired location for many residents to call home! It covers 36 square miles with beautiful rolling terrain that includes rich farm land, lakes, parks, wetlands, woods, and developed areas for residential use.

Don’t call it Spring Arbor Village, or an old-timer may correct you, for it isn’t incorporated.

But be it village, township or sprawling hamlet, Spring Arbor is a great place to raise children. The best place in Michigan, according to a national online publication.

That distinction was given to Spring Arbor recently in a Businessweek.com report on “America’s Best, Affordable Places to Raise Kids.” The online publication based its rankings on 2010 data gathered by Onboard Informatics, a New York-based real estate data company. More than 5,400 locations nationwide were surveyed, each with a population larger than the state median, but no larger than 50,000. One town from each state was chosen.

Authors of the online article said they shifted their focus this year from urban settings to smaller towns and cities. Ann Arbor was their choice for Michigan last year.

“Living in the right place won’t solve all problems, but it can offer children more opportunities and enhance the family’s lifestyle,” wrote Venessa Wong and Joel Stonington, authors of the online article.

The picks were based on school performance, number of schools, crime statistics, cost of living, job growth, air quality, ethnic diversity, and access to recreational amenities (within the county), such as parks.

So what do people in Spring Arbor think makes it a good place for raising children?

Renee Runyon, an adjunct professor of piano at Spring Arbor University, has lived in the community since 1983 with husband Dan, who also teaches at the university. They raised three sons, all of whom are now pursuing higher education and careers out of state.

“My kids love Spring Arbor,” she said. “When they come back, they always refer to it as home.”

Her sons — David, Kirby and Caleb — went through Western Community Schools. “The teachers really care,” Runyon said. “There is a lot of parental involvement, and a values-based education.”

Then there’s the countryside. “Kids can still be kids in Spring Arbor,” Runyon said.

“They can go to the swamp and catch a turtle.”

John Williams has deep roots in Spring Arbor. The 900-acre Williams Family Farms has been in the family for generations.

Retired and 67, Williams said, “I have spent my whole life here. But I don’t know what the secret is. Spring Arbor has just always been a quiet, clean community — a beautiful place to live.”

His family property abuts the Falling Waters Trail, which Williams initially opposed. However, he has changed his mind. “Thousands of people enjoy it,” he said.

Parks, of course, are one of the factors in the ranking. In addition to a good chunk of the trail, Spring Arbor has Gallagher Park, the Falling Waters Historic Park and Lime Lake County Park.

Though Williams does not attend Spring Arbor Free Methodist Church, he said “the church has done a lot for this community.”

Charles T. Kuntzleman is a retired University of Michigan professor and his wife, Beth, co-own Fitness Finders Inc., a manufacturer and distributor of school motivational materials.

“I grew up in a quasi-rural environment (Bath, Pa.),” Kuntzleman said. “When I moved to Spring Arbor, I thought this reflected a lot of things I had as a child.”

He said their children could play for hours in the yard without any concerns for their safety. The community values “were the traditional values that have made America great.”

Kuntzleman, who has authored several books on physical education, says, “I can go out on a bike ride every day and do that which people pay hundreds of dollars to do elsewhere. The scenery is absolutely pristine.”

Mark VanValin is lead pastor at Spring Arbor Free Methodist Church. He is a 1975 Western High School graduate, was away from Spring Arbor for years, then returned in 2003 to pastor the church.

“Spring Arbor University and the church are an important part of the community,” he acknowledged. “But I don’t want to toot my own horn. The fact is, there are a number of churches here. A high percentage of people in this community live lives — moral lives — and really serve the community.”

The community enjoys an overall stability that VanValin calls “a blessing … a grace.”

Matt Osborne, vice president of enrollment management for Spring Arbor University, said, “Obviously, there is a symbiotic relationship between the university and community. If you talk to many residents, they either attended the university back when it was a college or junior college. There’s an impact in both directions.”

The university is pleased with the (Businessweek) recognition, Osborne said.

“No one wants to be a best-kept secret,” he said. “This is a special place to live and raise a family.”


We don't find any widget to show. Please add some widgets by going to Admin > Appearance > Widgets and add widgets in "Right Sidebar for Blog" area.